Why You are Sick and Your Marriage is Failing - TheNCMarriage.com skip to Main Content

In our experience, many marriages today fail because: 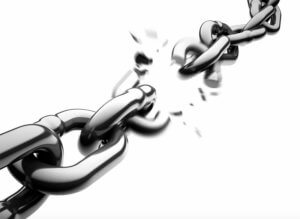 a. Men over the past few generations have begun avoiding the need to grow up and become responsible husbands and fathers.

As a direct result of this, more and more men find themselves labelled ‘narcissists’ by their wives.

We believe advertising has a lot to do with this problem and I will talk more about that in a moment, but first;

The realities of life will require most of us eventually become responsible adults. But because women know that their time is short and by 45 their hopes of having children or succeeding in a new career are drawing to a close, many women face their responsibilities and mature much younger than men.

If men don’t learn to become responsible while growing up, first their mothers nag them, then their teachers (if they care) and finally their wives will be left with the seemingly impossible task of trying to induce them to at least pull their own weight.”

Instead of facing the fact that their own immaturity has created the situation where their wives need to pressure them in this way, immature men will often use emotional manipulation (anger) to try and dodge the issue and blame their wives.

Instead of home life becoming the central focus of their life, immature men will base their lives around adolescent pursuits that have few real benefits for themselves or their family.

If men don’t see the real need to leave the world of childhood and adolescence behind – resentment (the nastiest emotion of them all) will eventually creep in and slowly destroy them and the people they are traditionally meant to care for (their family).

This can end up a vicious cycle where, after the marriage fails, the immature man’s next wife soon finds herself in exactly the same impossible role.

b. Women are not learning healthy emotional regulation.

Many women today have been raised with poor emotional regulation and unhealthy expectations about love.

Rather than work to foster healthy emotional connections within their family, which traditionally was seen as a mother’s role, women have been left to founder in a sea of romance novels, soap operas, popular entertainment and unhealthy role modelling in their own homes growing up.

Symptoms of this may include bad habits such as: obsessing about how their partner feels about them (‘does he really love me?’) to the point where it interferes with family life; taking other family members negative emotional states personally (love is keeping everyone happy all the time) and most damaging of all emotional manipulation.

Instead of learning that emotions are personal signals that each of us need space (and sometimes a little coaching) to regulate, women can create an emotionally oppressive environment at home where family members are constantly policed and punished for not feeling the way mother expects everyone should. Negative comments are brushed over or dealt with defensively and no room is left for honest discussion of family members’ genuine needs or goals.

As mentioned before, it is our belief that advertising has been a significant causative factor in these problems.

Mature men and women who feel confident in their roles in life, do not remain significant consumers. Entertainment and ads aimed at encouraging people to remain in a state of immature identity crisis is a great way to boost sales for a whole range of otherwise useless products.

Rather than recognise this as a problem with sociological causes, the situation is further complicated by psychiatrists medicalising the problem. Selfish immature men are labelled narcissistic while women (if involved with an immature man) are labelled codependent.

Steve and myself continue to use these labels broadly, as they are useful terms, but resist the notion that in most cases these patterns of behaviour are much more than learned stereotypes.

For both women and men, whether possessing narcissistic or codependent traits, resentment and emotional manipulation are common signs of immaturity.

We believe it irresponsible to pathologize immaturity and pretend because it resists ‘standard treatment’ that it is a dysfunction which cannot be ‘cured’.

Further compounding the issue, as traditional roles change (and merge) at home and at work, neither women or men have been left with any idea of how to negotiate what they need from each other in a fair and mature manner.

Men and women both have been left with so few ideas of how to get their emotional needs met that I would suggest a large percentage of chronic disease is now psychosomatic.

Where is the path out of this mess we have found ourselves in?

Here are a few powerful suggestions:

1. Limit your exposure to advertising, TV and social media and involve yourself in real life.
2. Stop complaining and face the ways you need to mature.
3. Understand that you are not the only person suffering or struggling.
4. Allow your immature habits to become part of your history while you invent a new more responsible and realistic you to walk into your future. Write a compelling story line about this for yourself and watch it become real.
5. Surround yourself with mature role models.
6. Take pride in learning to become more emotionally intelligent and responsible.
7. Make yourself useful.
8. Learn to ask questions you don’t know the answers to.
9. Learn to listen to people and get to know them rather than trying to control them.
10. Don’t rely on others for your sense of emotional fulfillment and balance.
11. Implement a decision making policy in your home based on discussion and consensus. (We will have a new book on this coming out very soon)

The Little Book of Empathy Love and Friendship

The Love Boat Tour of the Emotions

Are you failing at negotiating with an immature partner?:

Back From the Looking Glass – 13 Steps to a Peaceful Home