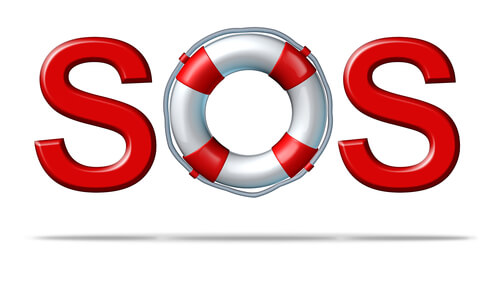 No matter how gently you tip-toe around an angry husband or wife, ‘walking on egg shells’ will never stop you ticking them off!

One of the hardest things to deal with in an unhappy marriage is when aggression and passive-aggression set in.

Put downs, sarcasm and eye rolling — can nearly hurt as much as out right yelling or even a slap on the face.

Sometimes anger flares when there is a misunderstanding and an argument escalates — but at other times aggression may appear to simply turn up out of the blue.

Our society has so many taboos against anger — that unless someone holds a position where anger is seen as a sign of authority — a person who vents their anger freely will usually be labelled as someone to be avoided at all cost.

It is a signal we may need to take the time to set boundaries with a person who is not treating us with respect.

Emotionally balanced people register anger as a signal (to be considered later) without acting out, in the heat of the moment, in non productive, violent, destructive or self defeating ways.

Unhealthy anger arises when a person grows up in an environment which has caused them to become insecure. Ridicule and derogatory remarks from parents and teachers can leave an individual emotionally scarred in this way.

This may cause a person (who has grown up in this type of environment) to over react to anything they perceive as a slight.

Being over reactive in this way is a serious handicap in life. Being able to stay calm when we notice that other people may not be impressed with us — and modify our behaviour accordingly — is a very important part of ‘the human social dance’. This more than any other skill deepens relationships into more than a superficial social exchange.

Watching each other’s body language and making these slight adjustments to please each other, causes social interaction to spiral upward into spontaneous and shared joy; such as people beginning to laugh together after talking for awhile.

A big misconception that exists about anger is that an angry person being loved unconditionally will ‘heal’ them given enough time.

Too often unconditional love means the defensive person’s lack of respect for other people’s boundaries will end up getting worse.

The logical suggestion to deal with an angry dog is to run away and not go near that dog again.

And I guess that sounds like good advice, unless you know anything about dogs!

For instance . . .  as a child I tried to run away from my neighbour’s dog after it came at me, and ended up with a chunk of flesh taken out of my backside right through my jeans. I ran through our gate and when turning to close it, got a second bite that very nearly took a chunk out of my arm.

The dog would have jumped the low fence anyway and it was just luck that my parents were at the front door to yell at the dog and make it go away.

After that day I was so scared of dogs that, left on my own, I could hardly walk down the street.

After dealing with this fear well into my twenties,  two incidents taught me to overcome my fear.

The first was me learning the common idea that ‘dogs smell fear’ was incorrect. I learned that while humans make eye contact to be friendly, a dog who considers its self the alpha (leader of the pack) perceives eye contact as a challenge to it’s rank. This alone can be enough to cause an aggressive assault. (It is interesting I have seen humans do the same, with the angry response, “what are you looking at?”)

If a dog wants to be friendly, it doesn’t make eye contact, but allows the other dog to sniff its behind.

While I wasn’t ready to go that far, I did learn not to look dogs in the eye!

The second experience happened one night when Steve and I were visiting friends. I went out to get something from our car, which was then promptly circled by their dogs.

As Steve and our friends were watching a movie inside in a dark room, I knew it might be an hour before they noticed I hadn’t returned. Knowing I would miss the movie (and miss visiting our friends) and sitting out in the car all alone, I eventually figured out that what I had to do was the very thing that scared me most: I had to interact with the dogs!

Still terrified, I first found something to throw out the window that the dogs could run and chase. Still shaking, I then got out of the car and stood there playing ‘throw the stick’ without looking the dogs in the eye.

Soon I got the courage to pat them and at that point I knew I was OK.

Long story short, I still would not put myself in harms way by approaching a dog I don’t know for no reason, or knowingly cross an angry dogs path, but these days I am mostly okay in the street even when a strange dog does come my way.

This story is similar to dealing with an angry human . . .

Too often a person gets bad advice (like dogs smell fear) to abandon their partner and avoid all contact in future. This advice is often seen by others as the only means of this person protecting themself.  To the individual concerned, however, it is often carried out as punishment directed at teaching the angry person a lesson for their “bad” behaviour.

The problem is that just like running from an angry dog and trying to close the gate — if the angry person you are dealing with is genuinely hurt (or their pride injured) by you abandoning them, this response is a good way of escalating the conflict and increasing your chances of getting hurt.

Abandoning an angry person and refusing to communicate can leave a person (who considered themselves part of your family) feeling even more angry — and also desperate — that having lost everything (their family) they now have nothing left to lose.

Rule number one when raising a child to feel secure in life is not to abandon that child to teach them a lesson. In the same way abandoning an angry human to ‘teach them a lesson’ for their poor emotional regulation is actually likely to make the problem worse.

If you share children this will put them in danger too.

This does not mean you are stuck living with an angry human forever (as some people mistakenly take our message to mean). Instead we suggest learning about human anger instead of judging it, to come up with a more ecologically valid response (a response not based on logical theory — but that actually works in real life). Similar to myself and dogs when I learned not to look them in the eye.

Instead of allowing your own hurt to cause you to retaliate when your partner is is aggressive or passive aggressive, the first and most important thing you need to learn is to de-escalate the fight. This may involve acknowledging the fact they feel disrespected – but also calling a time out for you personally to calm down.

The next steps is fully grasping that a person’s anger is NOT something you can ‘heal’ by giving them more love.

Angry people often experienced love as manipulation growing up, and will be likely to resent all the strings they may feel will be attached.

What an angry person needs is role models of healthy emotional regulation, along with protection (from themselves and people with selfish and unrealistic expectations and demands on them) as well as structure and stability in their life.

Learning to offer this type of secure environment has the advantage of teaching the angry person’s family a whole raft of inter personal skills.

This does not mean leaving yourself open to emotional or physical assault. Quite the opposite, a stable home environment could never allow that.

Our best seller Back From the Looking Glass — 13 Steps to a Peaceful Home outlines how to create a 100% no tolerance to abuse policy in your home, while you learn skills to de-escalate the aggression and fights.

These steps do not always mean a couple will stay together, but will ensure that if the couple do eventually divorce, the family will be on much more solid and safe emotional ground.

The more dangerous the individual – the more important these skills are likely to be for their family to learn!

Please Note: This is not something to be taken on half heartedly or without back up assistance and community support. Building a safety net for yourself in your community is a vital step we share in Back From the Looking Glass — 13 Steps to a Peaceful Home.