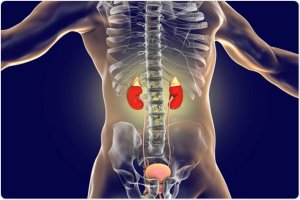 Could the Symptoms of Narcissistic Personality Disorder be Caused by Other Medical Problems?

While personality disorders are often linked to PTSD, I am beginning to suspect there could be a more basic underlying cause.

Author’s note: This story continues from a previous article here:

Will He Ever Really Feel for Me?

The article ‘Will he ever really feel for me’ explains how I put management structures (delegating roles & responsibilities, conflict resolution procedures etc.)  in place in our family to deal with the lingering problems I was facing dealing with Steve’s lack of interest, involvement & empathy.

These guidelines worked to a point and have certainly helped us get better organised but as the year progressed Steve’s energy declined along with his health. High blood pressure, heart disease and sleep apnea were diagnosed. That puzzle piece was covered in my editorial note in the story here:

My initial response to Steve’s CPAP machine was elation. For the first time in all the time that I have known him, Steve was sleeping calmly through the night and making it through whole days without getting drowsy. Still, I harboured a sense of apprehension. He was happy but not calm, singing and whistling and talking almost incessantly. At first, I thought sure, sleeping well must be such a huge relief for him, I understand that he must be excited.

It wasn’t long until I faced devastating disappointment.

It soon became clear that Steve’s renewed energy had brought with it a marked escalation in the defensive, aggressive and impatient behaviour that has been such an unshakable underlying driver in him. (Personal Note: I never imagined my husband’s health would become such an ongoing saga as it has. What I once thought would be one book—Back From the Looking Glass—has turned into a life’s work sharing our story…  my deepest apologies Steve!).

A few weeks ago this behaviour became so hard to deal with that a light bulb went off in my mind. I looked at Steve and said to myself, “Your limbic system is stuck in overdrive all the time now!”

I thought ‘maybe even though he isn’t tired anymore, perhaps driving himself by kicking his adrenals (coffee, salty food and getting himself wound up) has become a habit.’

For more on what a limbic system stuck in overdrive looks like (and maintaining emotional balance) please check out the article here:

12 Years On and Still Searching for Answers

This realisation caused me to search for a connection between adrenalin production and sleep apnea.

To my astonishment, this search led to a disease known as Primary Aldosteronism. Like a glove, this adrenal disorder fit every one of Steve’s medical and psychological symptoms.

Instead of the sleep apnea causing a rise in his adrenal hormones—as the doctors had told him—the cause and effect was the other way around! Overproduction of aldosterone (by the adrenal glands) had all along been the primary underlying cause of ALL symptoms!

While most studies link Primary Aldosteronism with anxiety disorders, I wonder if those studies asked family members to contribute when the doctors were analysing symptoms for this diagnosis? Very few people are ever diagnosed with Narcissistic Personality Disorder without their spouse’s contributing perspective.

After years of walking through his day sleep-deprived and not really caring enough or tuning in to anything except his own agenda (as outlined in Will he Ever Really Feel for Me), Steve’s CPAP machine had brought him back into our life, first of all happy (if slightly manic) but then after only a week or so—with his adrenals still overcharged—more hypersensitive than ever, with renewed energy and stamina for conflict.

I found it interesting that Aldosterone is the hormone that holds onto salt, causing our body to hold more water so could be said to ‘puff our body up’ in reaction to fear.

Puffing oneself up is a pretty simple but clear description of someone with NPD.

Luckily I had put our house in order to the extent that (disappointed and upset as I was at this turn of events) I was ready. In less than a week, we had Steve on the waiting list to see the Australian-based world specialist in Primary Aldosteronism and—with help from the new audio series we are currently working on—him taking full responsibility for cooling down his limbic system.

Anger, fear and anxiety in my experience are the unholy trinity of an over-charged adrenal system.”

Meanwhile, I have been working through my own and my family’s reaction to this news and its vast implications for all of us.

A Link Worth Investigation

I am not suggesting Primary Aldosteronism to be the root cause of all selfish, irrational and aggressive behaviour, but the link between these has been substantiated to the point that I believe it certainly worth investigating.

With an estimated 1.13 billion people worldwide** suffering from hypertension and up to 15% of those cases now suspected of being caused by Primary Aldosteronism, the psychology of this disease deserves attention.

Anger, fear and anxiety in my experience are the unholy trinity of an over-charged adrenal system.

What I also found interesting was that one study found that all patients with hypertension benefited from being treated for Primary Aldosteronism even if their diagnosis for it came back negative.

With our addiction to horrifying news stories, coffee and other entertainment level stimulants (thrillers, extreme sports etc.) How many people are walking around with a chronically overcharged adrenal system?

For now, Steve and I are sorting this from that and reframing our history in light of these new discoveries.

As always we will give what time we can to continue our work helping others, but as the saying goes, “Put your own oxygen mask on first.”

With this in mind, our new audio project (Perfect Peers) is moving ahead as fast as time and finances will allow.

I feel my life has been on hold for a long time now dealing with all of this. But I am still relieved that we are organised and have the framework in place to start moving forward again while waiting to get to the bottom of this.

Incomplete as our advice may have been in the past, I am always heartened to hear our journey has helped so many of you.

Despite the cause (or underlying causes) of the family dysfunction you are dealing with—the steps and exercises we offer will hopefully help you keep it together until you too find solid answers.

PS. While my focus in this article has primarily been on Steve, I don’t want to give the (unhealthy) impression that looking after him is my life’s only focus! On the subject of health, I have recently discovered that I have suffered from a lifelong chronic C.diff infection (which no I don’t think is linked to codependence!). This has led me to discover a new probiotic that has not only cleared up my recurrent bouts of what I used to call ‘tummy flu’ but has also appeared to have upped my oxytocin levels. In layman’s terms, like many people feel who take this probiotic, I have been feeling a much deeper sense of love and joy.

If anyone is interested I might do a sideline post on some of the cutting edge probiotic research I am using to introduce some new life-changing daily habits.

Update:  A week or more has passed since I first wrote the post above (but didn’t get a chance to publish it). The transformation that has happened in our lives in that short time is so profound I would need to write a Russian style novel to share it all. In brief, Steve has ‘woken up’ to his adrenal hormone problem and determined to take full control and responsibility for his emotional ‘charge’. This awakening has seen him show genuine amazement to find things so well organised and ready for us to cooperate and work together. At one stage he said, “Wow, we run a motel together Kim! How did that happen?”

This understanding of Steve’s health problems is helping (our whole family) reframe our lives in a new light.

Where it once could be argued, for instance, that our adult daughter Julie and I were wrong to judge impatient and aggressive behaviour as negative (and the men could just excuse these traits as masculine), the damage (and fact these have been so detrimental to Steve’s health) has clearly come into focus.

This has allowed us all to be much more honest with each other about how these symptoms have affected and hurt all of us.

The family management structures we have in place now have also allowed that discussion to resolve a lot of long-held resentment very quickly (to give you the picture, these discussions are just about always informal).

This new perspective has given other family members with symptoms of Primary Aldosteronism (this disease is often hereditary) a chance to reflect on behaviour which can now be seen as symptoms they can take control of—instead of being an intrinsic part of their character (or disordered personality).

This has obviously made it easier for Steve to talk about difficult subjects such as impatience and aggression with his immediate and extended family.

Most exciting is that we hope to have an audio product ready soon that will have a strong focus on rebalancing the listener’s limbic system.

One I developed specifically to help Steve’s Primary Aldosteronism.

The trial run of this audio has had such a profound effect on Steve that our whole life is having to readjust around his improved outlook. Not one aspect of our lives has been untouched by this.

Exhausting and edgy as that has been in many ways (because of the many changes that are being negotiated all around us), the sense of love and optimism that is emerging throughout is sometimes quite overwhelming.

Yesterday I had to pull the car over, for instance, and call Steve to thank him for sticking by me all these years, even when he felt angry and miserable. I was so overwhelmed with emotion that I just had to stop that car to do that.

Not at all like the serious, judgemental and scientific me who sometimes still finds raw emotion embarrassing 🙂

I have also been falling asleep every night around 9 pm, while Steve locks down the place, where I once would lie awake half the night thinking through how I would manage everything I was dealing with.

In all the time we have known each other I have never been asleep before Steve.

I can rest easy at night because every day we are pulling hard together—and all in the same direction.

With the health and psychological benefits of a balanced limbic system so well documented these days, I feel this work (developing audios that assist through the mind-body connection) will open a whole new chapter in our life’s work—mine in particular.

Besides other work I must do to pay the bills—if I can get people to listen—writing and producing audio scripts (together with our team) will now become my work’s main focus.

I have written enough about our family’s personal history and am overdue for a change in my life story.

Steve and I are doing so much better these days that at last, I feel a new chapter opening…

Thanks if you have followed our journey.

*Please note that this anger can include impatience, condescension and passive aggression.

**These figures only represent patients who have reached an age where their adrenal overproduction has caused enough damage to show up as secondary symptoms. Many more people must be suffering from PA or associated adrenal disorders that haven’t yet developed hypertension.

*Please note this is my own list from combined medical sources and should not be used for medical diagnosis.