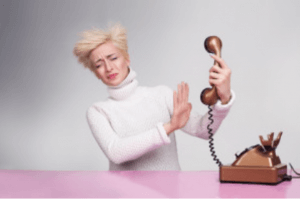 Don’t Put Me Down!

When I first Wrote Back From the Looking Glass – 13 Steps  to a Peaceful Home (now in its 11th edition), it was much shorter than it is now and was called “Don’t Put Me Down!”

The issue of domestic abuse often focuses on violence while downplaying the real damage verbal abuse can cause.

Violence is certainly an issue of concern, but in many cases only sets in once the conflict has spiralled downward.

I heard a saying once that violence is an admission of defeat—and in most cases, I would agree. Violence is generally a sign that one or both partners have begun feeling desperate and helpless.

Unfortunately, there are still people in the world who believe they can maintain a position of respect in their home using violence to control family members. In Australia, however, and most countries in the western world, this is no longer the case. Most people understand hitting someone will breed contempt rather than respect.

If someone is hitting you, they probably know they are in the wrong and won’t respect you for putting up with it.

Violence is Often an Admission of Defeat

Still, domestic violence continues in our communities; mostly when a person finds themselves beyond caring how their behaviour will be judged. This is most likely when a person feels all is lost and cannot manage the depth of their feelings. In these situations, people will sometimes lash out in despair doing terrible things they normally would never consider.

I am not condoning family violence, and that is really not the subject I want to write about today, I just want to make it clear that the issues facing families in conflict are not as black and white as people make them out to be.

For instance, abandonment can be a major trigger for violence and so telling people to ‘just leave’ is not the safe advice it might sound like.

Stop the Downward Spiral by Ending the Verbal Abuse

Verbal abuse, on the other hand, usually sets in years before any form of physical aggression. The nursery rhyme ending, “but words can never hurt me”, is far from the truth. Words do hurt, especially when coming from the mouth of the person meant to love you more than anyone.

I have a number of articles on dealing with verbal aggression in my article series dealing with this subject. These articles are also available in our member’s area.

The series can be accessed by subscribers to Kim and Steve Cooper’s Groups.

Ending the put-downs and verbal abuse in my marriage was one of the toughest challenges I have ever faced. If this is a problem you are experiencing, check out the article series I am promoting today. A little knowledge is dangerous, as they say, so it is best if you read the verbal abuse articles while also working through the steps and exercises in our ebooks; Back from the Looking Glass (13 Steps to a Peaceful Home), The Love Safety Net Workbook (the 4 pillars of a happy and healthy home) and 10 Steps to Overcome Codependence.

To end here I want to offer a testimonial from a church worker who uses our material ‘in the field’ . . .

Your book has been an amazing resource to turn to . . .

“I am extremely thankful that you have your story to tell of breakthrough. What would I have done without it??!!! Yikes. I lead quite a few women and to just say “Stay in your marriage” is a not at all realistic without your tools.

Your materials have been so very helpful when really there is nothing very accessible out there. This is such a common problem that people face – I have AT LEAST 4 friends who work and work at their marriage and face wall after wall and no way forward. 2 of these friends have had serious issues like you have faced. Your book has been an amazing resource to turn to.

THANK YOU THANK YOU THANK YOU to the moon and back for the work you do – I know it must be exhausting and draining but I am so very thankful you have chosen to do it rather than dust off your lives and just look like the ‘normal’ couple in the crowd.

Are you ready to get started?  Our “Earning Respect” Membership Subscription gives you access to Kim’s series on dealing with verbal abuse. You may ask questions in the comments section of each members only article.

This series can be accessed by subscribers to Kim and Steve Cooper’s Groups.