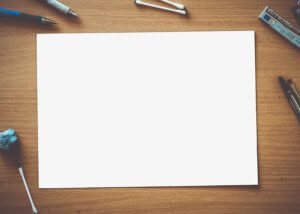 How do I not let a narcissist affect me?

This Quora article (link above) has recently been discussed at length in our private members area.

Following are a few thoughts on it, along with a bit of an update of what has been happening in Steve and my lives in the past few months.

The person you initially believed the narcissist was . . .  doesn’t exist” X

This statement implies that Narcissistic tendencies are the sign of an all pervading and static personality type (which I know is a common viewpoint) but we disagree.

For instance; when Steve is feeling calm and safe with me, he is a very different man to the one I live with at times when he is emotionally triggered (I remember times when this has lasted for weeks and even months in the past) and feeling the need to retreat into false pride (or might we even say narcissistic defence?).

Just because the person Steve becomes when he is emotionally triggered can be selfish and unbridled, doesn’t mean the good person he is when he is calm and feeling connected should have his existence denied.

The reason they are difficult to change, and I state this repeatedly throughout our work, is that our amygdala’s response to certain triggers happens faster than our reasoning brain can catch.

The fact ‘the hare’ (our amygdala or emotional brain) is so much faster than ‘the tortoise’ (our pre frontal cortex or reasoning brain), creates a situation where we must be vigilant in watching and interpreting about our own and our loved ones emotional triggers if we want our negative reactions to fear or scarcity (real or perceived) to improve.

(Note: This work is what we focus on and support each other with in my master class.)

For example; Watching Supernanny in the example below, we see that parents trying to reason with children who are emotionally triggered rarely works.

Instead parents who want to teach their children better emotional regulation need to put a disciplinary routine in place and repeat it each time their child’s emotions spin out of control. Through repetition of this routine, the child learns that emotions are a poor tool for negotiation. If they wish to have ‘a seat at the negotiation table’ they need to learn not to yell, scream or use insults to get their way and instead take time out to self soothe (calm themselves down) when they become upset.

This routine is demonstrated a little over 1 minute into the movie below:

A modified version of this routine can be applied to teenagers and adults with similar effect.

We may not be able to impose a time out on another adult like parents can with a child, but we can certainly make a decision to refrain from reasoning with a person who is using emotion as a means of trying to get their way (emotional manipulation) and explain that we are not prepared to talk until the emotional manipulation stops.

“I am not prepared to discuss this until you are ready to talk to me respectfully and consider my needs as well,” is a very basic version of what is basically an adult disciplinary routine.

Similar to children this routine needs to be delivered with an authoritative voice every time the emotional manipulation starts. It also needs to be stuck to without compromise. You will be reasonable and consider anything put on the table, but only under the condition that your person and needs will be respected in the process.

Moving along, the next quote from the article above I would like to comment on is towards the end. It says . . .

When all of this finally makes sense to you, when you’ve finally healed, you will no longer care what the narcissist says or does. You become immune to the lies, the poison, the vile rhetoric they spew in seemingly endless supply.” X

Again I disagree. We should never become immune to disrespect. This kind of immunity is not a sign of healing but rather of prolonged emotional abuse.

In this situation I would suggest something closer to this;

In our household the bad behaviour had taken hold again recently, while I was away from home a lot more than usual for almost a year, taking care of my mother leading up to her death.

If I had listened to the lies (instead of watching the triggers) I would have swallowed a whole bunch of very negative (and I believe unfair) assessments of myself that had started to come my way.

Instead, by keeping a diary and watching the triggers and tuning into (and prioritising) my own needs, these important issues in our household have been addressed;

Further actions that have come from this:

a. Steve now takes my son’s cell phone and laptop away at bedtime and does not return them the next day unless our son is up and ready for school on time.

b. Steve refuses to provide pocket money (even for lunch) on days where our son has spoken aggressively to us.

c. I refuse to negotiate with anyone who uses emotional manipulation (positive or negative) to try and get what they want from me. I don’t talk about it and am ready with scripts. If my son accuses me of not listening I say “Yes you are 100% right. I will listen when you are ready to talk to me respectfully.”

I should also add that the kind of change I describe here cannot be achieved by always just walking away from the fight.

Figure out what it is that is truly worth fighting for

With Steve I saw that his narcissistic behaviour was always triggered around decision making. While I was spending most of my time away taking care of mum, a culture had re emerged in our home and business where the men around me had come to feel they could negotiate by being impatient and rude. If I tried to talk and calm things down, Steve would then blame his impatience on me ‘always wanting to talk for too long’.

So yes, I did have to ignore the lies the Quora article above addresses, while also seeing that although the problem was not really me talking too much, talking was still a trap.

Once in narcissistic defence, Steve’s bad side would lure me into talking. He didn’t really want to resolve things however. Instead Steve would pretend that he did not understand or he just wouldn’t listen and make me continually repeat myself.  After that he would get angry and turn me talking for too long into the reason that he was angry about instead of looking at the negative culture that had crept in. This in turn would make me angry.

After noticing  these triggers and the trap I had been walking into, I stopped talking and started walking my talk instead.

Since Steve was complaining he had no time to talk, I stopped asking for his opinion or permission and brought in a friend who is a business coach (that Steve likes and has often wanted to work with us) to restructure the staff. I elevated team members for their deference to my authority over all other qualities (desperate times require desperate measures) first and second for their ability to get the job done without too much power play or talk.

With my son the problem was similar (he had modelled off dad) but in his case the fight I chose was about him wanting to get out on the road driving. Once I had decided the truth was he really wasn’t ready, I asked 4 other men around us (and also my daughter) who all have influence over my son. All agreed he needed more emotional maturity to be safe out on his own on the road. I let him know that until he learns better emotional regulation (not using impatience and aggression to try and get his way) I would not be helping him get his license.

You can probably imagine how that went over with him!

By the time this line was drawn, however, I was more than ready to bunker down and weather out the storm.

After a gruelling few weeks, that storm has passed now, and my son genuinely apologised yesterday for being such an angry jerk. I got a hug as well and not because he wanted anything from me except to talk.

To his credit, if Steve hadn’t taken the challenge and stepped more fully into his role as father, implementing a. and b. above, I don’t believe this transformation with our son would have been possible.

There is a chain reaction going on in our lives right now that was initiated by me putting on a cloak of authority that I chose for myself.

Later today this chain reaction will continue at the second staff meeting we have held since the restructuring at the motel.

Respect for women managers, promotion for work and not talk, along with an anti bullying policy (I may post soon) will become formalised standards of our business from here.

So instead of the question “How do I not let a narcissist affect me?” I would say a better question would be

How can I step up in my life so that narcissistic behaviour in others brings out the best in myself.”