How will men in the 21st century accept their individual and collective role in acknowledging their anger and aggression? 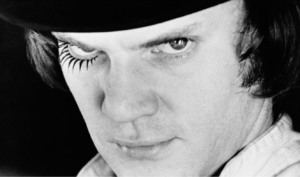 When it isn’t raining, we don’t think about umbrellas.

When we are not swimming, we don’t worry about drowning.

When we are not angry, we do not perceive ourselves as a danger to others.

Anger is raw emotion, a physiological state of being that often controls us and disrupts our normal reasoning and decision-making. An angry person, like an angry dog, is to be approached with caution. Our ability to know when we are angry is greatly diminished by the pure science of emotion. We become stupid when we are angry.

It’s time for men to lead the charge in emotionally regulating their anger. Clearly, women are getting tired of asking us for change.

How do we begin? Let’s imagine three scenarios…

If we forget an umbrella on a rainy day, we experience the discomfort of wet clothes.

If we are incapable of remaining buoyant in deep water, we may drown.

If we are unable to understand the significant changes anger and aggression form in our basic cognitive functions we might, as often happens, destroy our relationship with others and ourselves in the process.

Men Must Take the Lead

We teach our children to swim, in order to negotiate the peril of deep water to preserve their lives. The time has come in society to learn to negotiate anger as the state-of-mind-altering emotion that we all will experience from time to time. Both men and women can use aggression, but it is men, as the physically dominant gender, who must be first in the queue when the time comes to train ourselves to effectively regulate our anger.

Since 2007, my wife, author Kim Cooper, has been highlighting the urgent need for society to acknowledge the role of emotions, in particular, emotional intelligence, in our daily lives. Modern psychology has without a doubt advanced our understanding of many aspects of human emotion and behaviour. However, the 20th and 21st centuries across the globe have delivered an increasingly hostile and brutal world.

In many cases, the current public discussions surrounding violence against women and children regularly dismiss emotions as ‘aberrations’ or ‘anomalies’ in an otherwise civilized world. The distressing and unhelpful #notallmen fallacy often put forward on social media interactions is one of the very first obstacles on the path to a peaceful and equitable society.

All men are responsible. Keep reading, I will add more on this in the conclusion of this article.

All men are capable of aggression and not one of us is immune to the peril of emotional anger as the context for violence; including physical, emotional, mental, and financial abuse.

Without oversimplifying anger and aggression, we can first identify two distinct forms of anger:

The former, an understandable human mindset equally experienced by both men and women. The latter, a destructive social pattern that is generally associated with men as the primary perpetrators.

There is no excuse for using aggression to create a climate of fear within a household.

Sigmund Freud, as the recognized father of modern psychology, created the template for scientific understanding of innate male aggression. Freud presented a hypothesis that a man’s desire to individuate away from the childhood nurturing of mothering creates a division deep in our psyche that explains our propensity to revert to an uncivilized and brutal approach to negotiating life.

Freud’s theories were presented in an era of male dominion where a woman’s or mother’s status was being challenged by the industrial revolution. Continuing to celebrate Freud’s insights in this regard will not prepare us for the challenges ahead. From what Kim writes here, isn’t it time we cancel Freud?

What it Takes For a Person to Change

Contemporary psychology is developing a better understanding of how to retrain the mind to ease anxiety and conflict. We have learned much since Freud.

The modern world of PR and advertising in western nations has built a comprehensive business model based on behaviour modification, especially in the promotion of consumer products.

News and current affairs have now also become a consumer product and therefore political and economic interests naturally take a great interest in influencing behaviour change in the market. The emotional drivers in advertising that both men and women are vulnerable to being exploited by can also be harnessed for positive change in society, such as the successful ‘Speed Kills’ advertisements by the Victorian State Government in Australia as one example. Fear, guilt and shame were the emotional features of the ads designed to improve driving behaviour.

Behaviour modification programming is a multi-billion dollar industry within the government and corporate level. It’s time we challenge the axiom in relationship psychology that for programmes to be effective individuals must want to change.

To be upfront, aggression and violence have featured regularly in my 28-year relationship with Kim. I was charged with and convicted of common assault in NSW in 2006. The incident was not isolated. On several occasions, I have used physical abuse, emotional abuse, financial abuse and mental abuse against my wife—my most trusted friend and mother of our three children.

Ask any of my friends and family if they could believe I would resort to such tactics, they would almost certainly not believe it. Steve, they might say, is a lovely gentle guy. Little do they know.

When I am not swimming in the emotion of anger, I do not display aggression and brutality. By the time I am overcome with anger, it’s generally too late. The past 15 years have been a long road of learning new responses to anger. At times I successfully negotiate the water, other times I drown, and take Kim down with me.

Men like myself carry the burden of creating a more peaceful society. We need to learn how to swim. Yet, without getting in the water, we will never learn.

The urgent need is now upon us to provide men with a setting to directly experience disrespect, insults and provocation in order to truly experience anger. To feel it and smell it. Once men are in a state of emotional anger, in a controlled environment, the opportunity exists for men to feel the cold reality of the destructive mindset in real-time.

A contrasting approach using techniques such as meditation and prayer are useful in the sense that our awareness can be enhanced. The challenge remains however because without being thrown in off the deep end, men are unlikely to be able to access the basic awareness achieved using meditation and prayer. For men to find new cognitive pathways, the therapy must be a full dress rehearsal.

Men and boys can only learn to control and understand their emotions in the heat of the moment. The public failure of Australia’s White Ribbon Foundation highlighted the problem of how tokenistic gestures of awareness do not promote healthy or sustainable accountability among men.

The White Ribbon Foundation, established in 2013 and dissolving 6 years later in 2019 was set out to raise awareness about domestic violence in the community. Media agents were hired to create messages from (mostly male) celebrities from TV, film and sport etc with a simple message that each celebrity ‘vows’ to never commit an act of violence against women.

Such noble pronouncements certainly do no harm, yet the human condition is such that we are all inescapably—men and women—capable of violence. We can be very well-intentioned when everything is going our way, yet men have an obligation to completely understand their internal angry dog and keep him on his leash, or at least be aware of the angry dog’s capabilities.

Unchecked anger flourishes in isolation, and women are left facing the daunting task of taming unbridled aggression within the home.

For a man to have his angry dog brought out into the light of day in clinical and supportive settings, in the company of other men and women, and to expose the dangerous aspects of the triggered behaviour, allowing the full extent of the emotion and physical reaction to take place, is one way to begin the process of reshaping anger’s effect upon us. If every man and boy can be trained and be tested in basic conflict resolution we may be able to see a decline in violent disputes, the vast majority of which occur within the family home.

Just as men must complete safety training or drivers training to progress in society, so too we must insist that men complete anger training. Anger management is not a clearly defined description of how men can provide protection for their loved ones.

A man must train his body and mind to know when he has become angry and to use his own resources to negotiate out of the conflict without resorting to violence. Every man must assume that he will eventually become violent without using emotional regulation techniques; techniques that can easily be learned and taught.

Anger should never be ‘managed’, it must be regulated. Men must be ready to take the lead. Science can lead us on the right path and every man on this planet is more than capable of raising the status of women by acknowledging his susceptibility to aggression when the time comes to settle domestic disputes peacefully.

For those men who might still cling to the apparent higher ground of the nonsense that is #notallmen – please consider the standard habit of men ignoring his wife or girlfriend’s complaints and to denigrate her role in the household. It is almost universal for men to gaslight a woman in this way, labelling her as crazy or ‘the ball and chain’ instead of honestly dealing with the complaint.  An example such as this is clear emotional and mental aggression and quite understandably makes women angry.

Consider also the status we award ourselves in doing less of the unpaid labour at home.

Another clear example is men’s failure to underpin a mother’s authority in setting boundaries with children.

If you, as a man, reading this article, think you are not guilty of these things it might be time to think again. Ask your wife and be ‘man enough’ to listen and consider what she has to say—from her perspective—without being defensive or aggressive. I challenge you. Choose a public setting where you can still talk privately and be ready to chain your angry dog.