Men and Women Must Organise to Defend Their Families - TheNCMarriage.com skip to Main Content

An updated version of this article – First published at https://thelovesafetynet.com/ 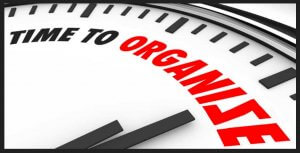 Just as you wouldn’t invest in an organisation that had no idea what it produced, with no defined roles, standards, policies or procedures—why risk your family’s collective stability and security on vague, conflicting and sometimes horrifying notions of what constitutes good family governance?

It was many years ago that I discovered the business world uses much better tools for helping people work together than what families are generally offered.

My husband (Steve) was a barman coming home drunk most nights, long after our children were asleep. I was left at home—usually with no money—with three kids under 10, that I somehow had to feed and entertain. I started to look online for help on how to deal with a husband who lacked empathy. ‘Change the locks’ was the only advice anyone had for me.

Yet when I sought advice from the corporate arena, hey wow, what a different story! Empathy in those circles was deemed the easiest emotional intelligence skill to teach staff, with training usually consisting of a two-hour workshop.

‘Change the locks’ was the only advice anyone had for me.

In the years since, I have discovered that on just about every level, the business world has far better advice than what is generally offered to families.

Families are under threat

‘Every man is a king’ was the catch-phrase of a famous radio broadcast known as the Share Our Wealth Speech delivered during the Great Depression—a time when financially life was even harder on families than it is today. 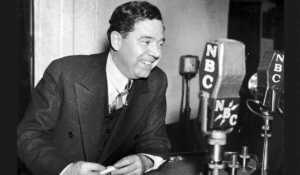 But the threats to families are now far broader than financial… so, how do we organise ourselves now?

That address was a challenge to men to organise and defend themselves and push back against the same financial powers that are again crushing down on many of us.

Economically, the average family is under more stress than at any time since the Great Depression.

But the threats to families are now far broader than financial… so, how do we organise ourselves now?

Don’t be duped into blaming the people you love

Most of us feel the pressure, but end up running in circles, pointing a finger at each other while arguing about the cause:

The real enemy is our own ignorance

If you search the internet on how to set up a business or corporation, you will find links to many thousands of libraries full of highly detailed and extremely professional advice on how to set up an organisation with a solid structure.

Search for how to set up a functional family, on the other hand, and you will be inundated with vague platitudes, such as:

‘Make sure you spend time together’
‘Communication is key’
‘Be flexible’

It all sounds warm and inviting, but what does it really mean? Spend time together communicating by swearing at each other? Be flexible in allowing your own plans for the day to be ignored?

In reality, this advice is almost worthless.

The real reason most families are dysfunctional is that they do not have a solid organisational structure in place.

You need your family more than you might think

If we consider family as a business I think most would agree that what families produce is physical, emotional and financial stability and security.

Stability and security are not fashions or gimmicks, and society cannot afford to consider them luxury items.

If we consider family as a business I think most would agree that what families produce is physical, emotional and financial stability and security.

These are precious commodities and families are unique in their ability to produce them. Institutions, community housing, or even share housing, cannot produce the same kind of stability and security a well-organised family can.

So if we agree that stability and security are important, and families unique in their ability to provide these, it only makes sense that just like any other primary producers, what families produce needs protecting.

The real reason most families fight is that they do not have solid organisational structures in place.

Governing a family successfully requires as many structures, standards, policies and procedures as running any professional group or organisation.

Consider… if there is a conflict between employees, the first thing a good manager will check is that:

a. each person’s roles are well-defined, and

b. a clearly defined hierarchy is in place for who reports to whom in the company’s organisational chart, defining how work is assigned and reviewed.

If management doesn’t solve the dispute, trade unions may become involved in what is known as a demarcation dispute.

By contrast, if family members are in dispute, the member with the problem is usually told they need to ‘set a boundary’.

What is referred to as boundaries in families is called demarcation in business.

It is highly unlikely that anyone will offer to talk to family members about defining their roles and responsibilities, let alone review the family’s organisational chart. Setting boundaries in a family usually amounts to the person with the problem, being pressed to ask another person in their family to change their behaviour. This kind of boundary setting will usually create conflict rather than resolve it.

Imagine if employees were given this type of vague advice on how to deal with problems with a coworker? “Don’t tell me what to do, you are not my boss!” they might say, or “Don’t tell me how to do my job!”

Does this sound familiar in your family?

What is referred to as boundaries in families is called demarcation in business. If there is conflict in your home, one of the first things that should be defined is the family’s roles and responsibilities.

If you are running a retail shop and don’t have your systems in order, it won’t be long until your merchandise starts to disappear and money go missing from your cash register (or bank account). You might blame your staff, but with no roles, standards or policies in place, they will probably feel entitled to make their own rules.

In a family, just the same as in business, disorganisation almost inevitably leads to corruption.

Corruption in a family occurs when some members feel entitled to more of the families shared resources (and less of the unpaid work) than other members.

This of course includes money, food and material goods but also time, love and attention.

A little more on that in a moment but first…

Every man a king and every woman a queen

Setting up your family structure professionally will be a challenge, but not nearly as tough as allowing all the bad ideas out there (of how families should be managed) to drag your life around in circles.

Just as you wouldn’t invest in an organisation that had no idea what it produced, with no defined roles, standards, policies or procedures—why risk your family’s collective stability and security on vague, conflicting and sometimes horrifying notions of what constitutes good family governance?

Is Steve’s and my home life a perfectly run corporation?

Not yet, but we are working towards that goal! This insanely big idea of how to produce more physical and emotional security in our lives is a work still in progress.

It has taken time to develop these ideas and put them in place in our own family.

In the development process, we encountered many roadblocks (more on them in Part 2).

When it comes time to plan or make decisions, unfortunately without solid operational policies and procedures in place, many of us have become used to (in at least some ways) emotionally manipulating our family.

Dealing with this resistance was one reason it took so long for us to develop this programme.

If you can relate to this kind of struggle around decision making, don’t let these roadblocks dissuade you!

In Part 2, we will challenge you to tackle a few of the bad programmes that will help you get past these. The roadblocks to producing order from the chaos (in your home) certainly can be conquered!

To Continue Reading Part 2 Please Take a Moment and Join Our Newsletter:

PS. This programme is only suitable for families where the adults are ready to work together on a better future. If instead corruption has set in and one partner won’t cooperate on putting a better foundation in place (and thinks themselves entitled to more than their share of the good stuff and less than their share of the hard stuff), please start here with our best-seller Back From the Looking Glass – 13 Steps to a Peaceful Home. The flow chart at the very end of the book, which shows how to disrupt this abusive (corruption) cycle is worth the price of the book on its own!