(First published at www.thelovesafetynet.com – this article is recommended for those already working through the steps in Back From the Looking Glass)

Looking for Love? Give Up the Unhealthy Dream . . . 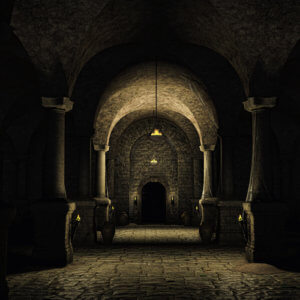 Steve loves the story of Bluebeard and today I want to share why . . .

The ancient tale begins with Bluebeard, the richest man in town, living in his castle on the hill.

We then meet the young woman—and her two sisters—whose hand Bluebeard sought in marriage . . .

Right from the start, all three sensed something was not quite right about Bluebeard; after all, his strange blue beard was there on his face right in front of them. Bluebeard’s wealth and prestige, however, caused them to ignore their initial instincts. The young woman was not seduced by Bluebeard, but by the idea that marrying him would cause all three to gain status and social superiority.

If you are with a narcissist, I wonder why you decided to ignore your instincts?”

If you are familiar with the tale, you will be aware it was a truly horrendous situation Bluebeard’s young wife was walking into. In the original version—which you can read in Women Who Run With the Wolves—she earns a last-minute reprieve at the end of the story.

In my opinion, Bluebeard is a symbol of our unhealthy ego and this story about its destruction.

In our family’s personal story of Bluebeard, I now know that the unhealthy ego in our household was not just in Steve but also lived in me.

For example . . .  when I first met Steve; he was charming, the captain of the football team and had a wealthy and flamboyant father (who it turns out also was a narcissist). Right from the start, along with many other danger signs, my instincts should have seen Steve’s lack of compassion for me.

Instead, I wanted to believe the fairy tale romance my mind was constructing . . .  with myself in the starring role.

Can you see the unhealthy ego in this?

Because I didn’t want to let go of this dream (of us the perfect couple and better than everyone else), after we were married I didn’t tell too many people that behind the scenes Steve was regularly rude and abusive towards myself and our children. I was ashamed but preferred to blame myself that the dream had not materialised, rather than see it was unhealthy in the first place.

Things didn’t improve for us until I let go of that dream . . .  and this took a lot of grieving.

However, I didn’t throw the baby out with the bathwater; letting go of the dream didn’t involve leaving Steve behind.

I had already seen too many people throw their marriage away for another ‘roll of the dice’, kidding themselves their prince would come along ‘next time’; but because the unhealthy dream was still there, end up in the same situation all over.*

Instead, I let go of wanting to be a princess carried off by my prince and decided I would need to face the fact Steve and I were both broken and in need of help. Even more important was that I had to accept it would need to be me (and not some knight in shining armour) who would lead us both out of the mess we had found ourselves in.

I decided to stop waiting for a hero and instead to become my own hero.

But what are heroes really made of?

In terms of social acceptability, our problem was not small and very embarrassing to admit. However, the problem was not going away without me acknowledging we needed help and accepting that help from whoever would offer it.

Asking for this help from community services, the police (and police social workers) took finding humility in myself as much as courage.

It squarely forced me to face the fact that really I was no better than anyone.

Instead, I learned to face facts that an honest relationship takes discipline and hard work. Raising children especially. A good marriage is both challenging and rewarding but takes dedication, selflessness, patience and humility.

These qualities in a person do not come from a desire to be better than other people. Like exercise, prayer or meditation, they are disciplines and practices requiring physical acts that must be performed repeatedly.

Are you stilling clinging to a fantasised reality of who your partner is and what they are really capable of?

I blamed Steve for all our problems, while also expecting him to be my hero; seeing him as a monster for his lack of concern for us while also demanding that he be our saviour.

This, of course, was ridiculous.

Steve’s immaturity and irresponsibility may have been hurting us, but a monster? No. Just a damaged human being (and I had my gaps too) with no way of knowing how to be the hero I was demanding him to be.

After years of grief,  finally, I accepted that I would have to drop my unrealistic expectations.

I saw that I was going to have to stop complaining and get in and roll up my sleeves and do loads of dirty work that previously I had been avoiding, like finding work, sorting out our finances and finding the strength to walk away from the fights and put more love and time into the care of our children.

Once Steve saw me;

Slowly he began to see he was safe with me.

When I stopped needing him to be the fantasy, dropping his defences and being honest and real became easier.

No more castle in the sky. Just me, Steve and the kids putting one foot in front of the other.

Are you still hanging on to a dream of life wherein some way you are superior to others? Are you asking your NPD partner to support you in ways they are not equipped for?

Ask yourself these questions honestly.

If you are the partner of someone with narcissistic tendencies, you need to see an unhealthy ego in your partner, but most likely these tendencies reside in you also.

If not I wonder if you would have fallen so hard for this person in the first place or held on so tight after you discovered the other side to their personality?

Let go of the unhealthy dream and don’t walk into Bluebeard’s castle again.

Steve and I might not be royalty on the hill (with a dirty secret) any more, but we are a great success story recovering from a problem which could have destroyed our family or left us just plain bitter.

I have compassion for those who have not fared as well as we have, but I am also proud of that success, and because it has been earned, feel this pride is healthy.

PS. If you want the same results I achieved, you better roll up your sleeves and be prepared to give this all you’ve got, because I can assure you they will not lay down their pride without you proving you are stronger than they are!

*, Of course, you may decide the person you are with is not worth the effort I put in . . .  but whether you stick together or not, if you truly want the pain and the conflict in your marriage to end, you will need to tackle the parts of yourself that seek privilege and entitlement through a partner. If not, changing partners won’t help. These tendencies in yourself will lead you straight back to the dungeon in Bluebeard’s castle.

Kim is the author of seven books on the topic of relationships and emotional intelligence.

A prolific multi-media content innovator, Kim has created and shared a library of articles and multi-media educational tools including radio shows,
movies and poetry on 'The NC Marriage', and 'The Love Safety Net'.